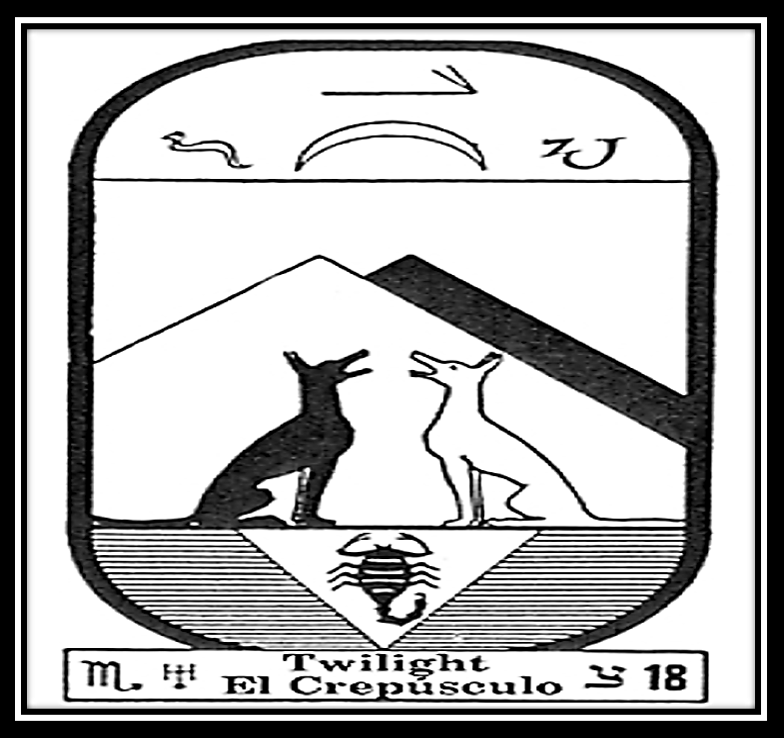 The entity this card is linked to the removal of curses, such as the Evil Eye. It is a belief that the Evil Eye can be removed from children by reading parts of the Gospels and then making the Sign of the Cross on the forehead, mouth and chest. It can also be cured by Conjuring the Power of the Four Archangels, passing hands over their head.

One can only achieve Initiation by battling the Black Lodge. Their magic is often in the form of Witchcraft. One must use Elemental Magic or Natural Intersession to remove such diabolical attacks. One can meditate and bring forth the forces of Nature while in the Dream State. This should protect anyone from any evil intentions until a removal.

The Twilight is both Light and Dark Magic. It is also access to the dimension of Dark and Light. The number 18 is the Dark and Light of the Nine Spheres. Nine plus nine. It is why it corresponds to both magics. The one who defeats Satan in sex, beats it in all aspects. It allows this energy to be used in a more creative and transcendental way.

With Demon Summoning being common among Dark Occultists, it makes sense for those who desire Light to summon Angels from the Plane of Light. The Plane of Dark is in the same dimension but separated by the Twilight. When we manifest into the third dimension, we move, or we are already in the Twilight between these two Realms.

The Scorpion represents perversion. The worst feature of vice. The Crescent Moon is always seen in Twilight.

Card Meaning: “Everything is conspiring against you and you alone are kept in ignorance of the real situation. Enemies of the worst kind are plotting against you, often hiding under the garb of flattery.”