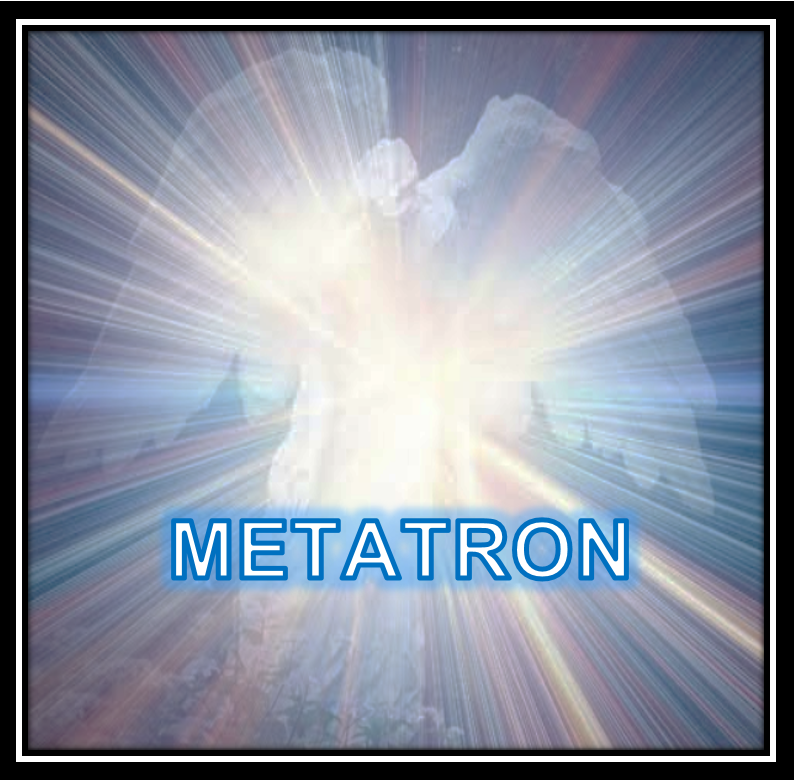 This entity is often represented as the Eighth Archangel. To be accurate, the Metatron is a direct manifestation of the Source in a form, not one of Nature, but of Divine Intervention. This does not mean that Metatron will come here and save everyone, as it too, must adhere to the Natural Law of Free Will, but often serves as a conduit to Source.

It has been suggested that Metatron has many manifestations, especially in those who have returned here after becoming Angelic. It is estimated to take a human over 3,000 Esoteric Years to be an Angel. It is fortunate that humans were more aware in past times than present and have existed on Earth more than long enough to become such.

It is the Free Will Choice of any Angels to become the servant of Metatron, or in any of the Archangels. Metatron’s Cube is white, rather than the Black Cube of Saturn, and is often associated with the Eighth Star on the Star Tarot Card. There is much falsity regarding Metatron as King of Angels and all the other forms of hierarchal nonsense.

Like all Archangels, Metatron can be channelled through the dimensions. Being an Eighth Dimensional Entity makes it much more difficult than channelling any other Archangels. If one can achieve a Sixth or Seventh Density Awareness, it is possible. Higher density consciousness’s are not like us, but are very difficult to comprehend.

One thought on “METATRON”