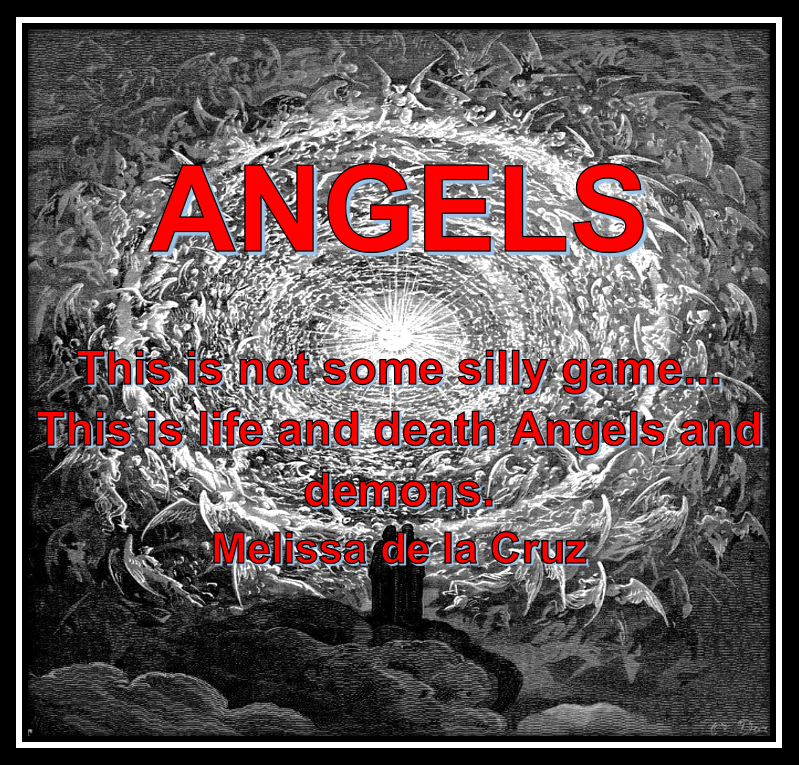 “This is not some silly game… This is life and death Angels and demons.”

These entities are said to be those who became free from the Demiurge and then connected to Source. They inhabit the higher dimensions but will cross the Void at times. They do not form a collective but exist in a more individualistic way. The 3D universe seen from there would be a view of different interacting frequencies.

Angels can look for disruptions in these frequencies. They may intervene if they ‘decide’ it is necessary. It is they who keep the universe evolving. As the universe evolves it stays dynamic. If the universe stagnates, it becomes dead. The Demiurge wants to separate the universe entirely from Source by creating an artificial Matrix.

This illusionary universe is called the Cosmic Matrix. The key to its success is the virus called Wetiko. This has spread through the universe. When a lifeform becomes developed enough, it becomes infected. It then single-mindedly creates repetitive and cyclical environments of domination and destruction. It is then fed on by demonic entities.

The virus helps a civilization develop the psychology and technology it requires to leave the planet and continue this cycle into the universe. These are in the main, collectives. Angels may help a society in a minor way but will not breach Natural Law. It is only when a civilization becomes a threat to them that they will intervene.

Stars have remained unchanged from when they were first charted. It could be that there are no infestations nearby destroying the stars for resources. Rather, it is more likely that, when any infestations are recognised, it is removed somehow. This could be Angels or a civilization that has been able to escape the Cosmic Matrix illusion.

It has been suggested that if a civilization adheres to Natural Law, it may be able to explore the universe. They will still use resources, but to bring life rather than torture it. It should be noted that humans were created and did not develop naturally. We have two minds. One is ours and the other is the ego. The ego is this mind virus.

One thought on “ANGELS”